Railways gears up to undertake largest ever divestment exercise 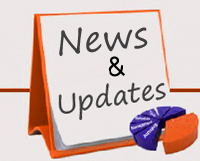 Indian Railways is ready to undertake its largest ever divestment exercise as the ministry has set a target of raising at least Rs 25,000 crore through monetisation of its power transmission lines, also known as overhead equipment network.The proposal was mooted in the last fiscal but could not make much progress because of reservations from senior officials in the ministry. But the railway minister has now cleared it and the proposal would soon be taken up for approval by the rail board after which it will go to the union cabinet for its consent.Indian Railways has an operational electrified network of 25,000 route km. Electric locomotives draw power from these lines to run trains.
According to a railway ministry official, a joint venture of the two public sector units would be set up that would buy these lines. ?One of the PSUs will be of the railway ministry and the other one could be from the power ministry.
Source: Latest News